When store workers are forced to turn sheriff

In Michigan, a Family Dollar security officer was shot and killed after telling a customer to wear a mask. In Oklahoma, one McDonald’s employee was shot and two others were struck by shrapnel after a customer was angry that the restaurant’s dining area was closed. And in Los Angeles, a Target security guard was left with a broken arm from a fight with two unmasked customers.

Across the United States, store workers are having to help enforcethe rules designed to keep their workplaces operatingthroughthe coronavirus pandemic — occasionally with violent results.

«Now, more and more states are reopening their economies after weeks of shutdowns, with new safety protocols in place. But just exactly who has the authority to enforce those measures is often unclear — meaning the onus of ensuring that stores stay safe from defiant customers is increasingly falling on these already vulnerable frontline workers.

Workers are dealing with hostile customers

The vast majority of customers who come into the Sam’s Club in Fullerton, California, are courteous and respectful, said associate Sandy Jensen. But as some recent incidents have shown her, a few are looking to pick fights.

Jensen, 59, is a people greeter and works in member support at the store. Under normal circumstances, she checks membership cards at the entrance, answers questions and directs customers to where they need to go.

A security guard stationed outside the Sam’s Club location generally enforces how many people can come inside at a time and points people to the store’s signage about masks. But Jensen said she finds herself enforcing some safety measures too.

When shoppers ask about the store’s mask policy, she has to explain that though Sam’s Club only encourages customers to wear masks, the city of Fullerton requires it. When unmasked customers come closer than the six feet of distance marked by tape on the floor, she has to ask them politely to step back.

Recently, Jensen asked an unmasked customer to keep some distance after he got close to her face. She said she has a heart condition and was worried about contracting Covid-19.

But rather than moving away, she said, the man became aggressive and started interrogating her about why social distancing was necessary and why she was wearing a mask if she wasn’t sick.

«It’s frustrating,» Jensen, who is also a member leader for the nonprofit United for Respect, told CNN. «And I feel like it’s damaging the relationship between me and our members.

«A spokesperson for Sam’s Club, which is owned by Walmart, said that the company has implemented changes that allow employees to use emergency leave if they feel uncomfortable coming to work. Other changes include requiring associates to wear masks and installing social distancing floor decals.

«Maintaining customer and associate safety remains our top priority,» the spokesperson said in a statement to CNN. «We encourage customers to be especially mindful of one another during this unprecedented time and adhere to recommendations that we all use face coverings while in public spaces.»

Managers have had to step in

Retail customers are required to wear masks in the state of Maryland, where Donte Martin is a front end manager at a Giant Food store in Silver Spring. But he said the burden still falls on him and other store workers to make sure people abide by the rules. 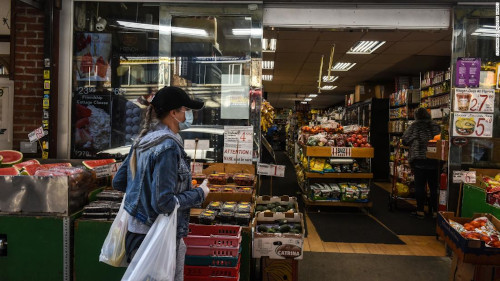 Martin, 28, recalled a recent incident in which a man approached a store associate, wagging a finger in his face and raising a fist. After the associate asked him repeatedly to keep six feet of distance, the man left — only to return again and continue antagonizing the worker. The customer only stopped when Martin stepped in.

«I’m always looking around to see what situation is going on,» Martin said. «So if I hear something or hear someone moving in an aggressive manner, I’ll go over and take over the situation.»

Most people are complying with the state’s guidelines, Martin said.

Even when they don’t, he says he tries to show compassion toward customers as they adjust to an unfamiliar new reality and conflicting messaging on masks from federal authorities. If the issue is simply that a customer doesn’t have a mask, he’ll offer them one.

But he also sees how some interactions with unruly customers are taking a toll on his workers, and advises any employees who feel uncomfortable to call on him. Though those customers might end up directing their ire toward him, he said he’d rather shoulder that responsibility to make life easier for staff.

Asked for comment, Giant Food said that in addition to the safety procedures the company has already implemented, it was reviewing daily feedback from associates, customers and union partners on how to make its stores as safe as possible for workers and shoppers.

«Giant’s first priority is the protection and safety of our associates and our customers,» a spokesperson for Giant Food said in a statement to CNN. «Should a customer get unruly than an associate should either notify the store security or call the police.»

Many retailers across the county are advising employees not to push back if customers aren’t complying with safety measures, out of concerns that doing so could cause conflict.

«We don’t think any employee should put themselves in a dangerous situation by confronting a belligerent customer,» he said. 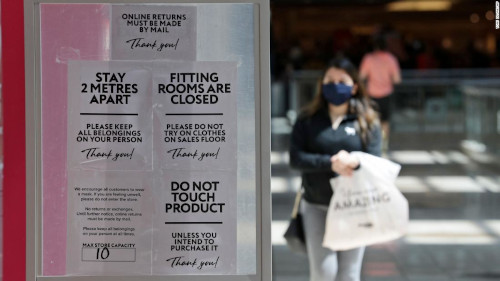 But even when workers aren’t engaging with defiant customers, tensions remain.

Hunter Sigmund, 20, had been working primarily as a cashier at a Whole Foods in Raleigh, North Carolina, before he was recently transferred to another location.

The Raleigh store has been aggressive and vigilant about customer and employee safety, he said, even offering masks to customers at the door. But, as he observed while working at the door a few times, some shoppers still opted not to take them.

For his own safety, Sigmund wishes he could directly ask people to wear protective equipment. But he and his coworkers just «have to sit there and bite our tongue»

«We’re there to try to make money, make a living,» he said. «We’re risking our lives for other people and it’s very frustrating when the customers can’t even have the respect of putting on a mask.»

A Whole Foods spokesperson told CNN that masks have been required for store workers since April 13. The stores also request that customers put them on. Additionally, the company has installed plexiglass barriers at registers and offers face shields for team members who want them.

«As we continue to prioritize the health and safety of our Team Members and customers, in addition to requiring everyone working in our stores to wear face masks, we are now requesting that all customers wear masks while shopping in our stores,» the spokesperson said in a statement.

Retailers and employees are doing their best to navigate a tough situation, Brewer added. To help reduce risky confrontations, he said elected officials need to signal to the public that threatening or intimidating workers is unacceptable.

«Retailers want nothing more than to welcome customers back into our stores and see our economy opened up,» he said. «But safety has to come first or we’ll end up at square one. And nobody wants that.»

This is the new normal

Though retailers and workers never signed up to play the role of coronavirus safety sheriff, the reality is that it’s now essential to keeping their doors open.

Every state in the country is on a path to reopening, meaning that stores that weren’t already operating through the pandemic will have to figure out how to keep their businesses open while preventing the spread of Covid-19 infection.

And as more and more people appear desperate to return to how things were before, workers will have to play a role in reminding them that some things will have to change. This is the new normal.